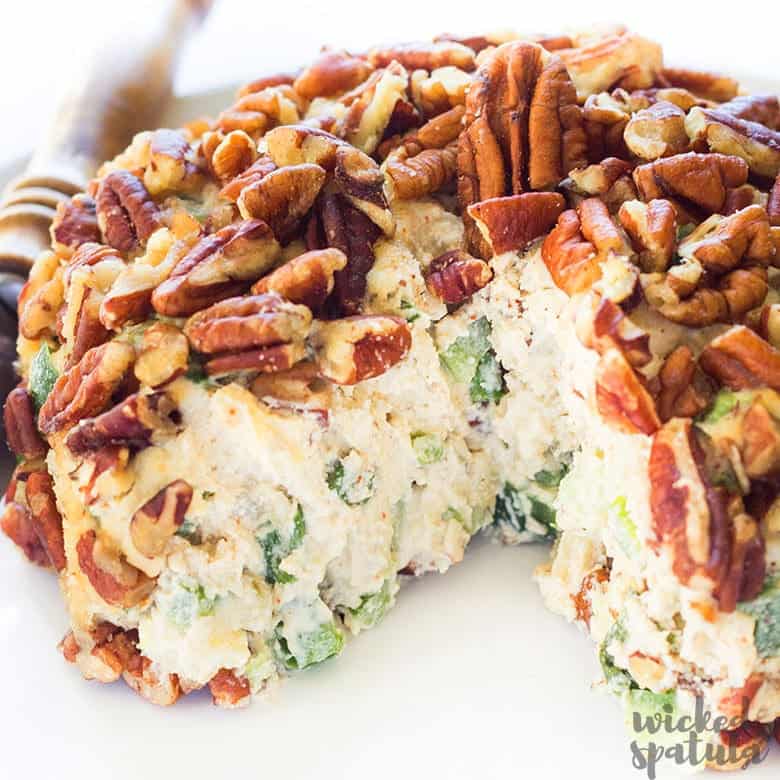 Cheese is usually one of those foods that people miss when going paleo or dairy-free… until now! Because this vegan cheese ball (made from my vegan cashew cheese recipe!) will quickly change that. This Hawaiian cheese ball is made with cashew cream cheese and so full-of-flavor. It’s got crushed pineapple, peppers, green onions, and crushed pecans. It’s sweet, savory, creamy, and crunchy all at the same time.

Cheese balls are a classic appetizer, and for good reason… they taste great, they’re easy, and they impress people.

The star of this vegan cheese ball? Cashew cream cheese is a beautiful thing. I’ve made dairy-free cheesecake, cashew milk, herb cheese spread, and roasted garlic cashew cream with it.

What Is Cashew Cheese?

Vegan cashew cheese is essentially soaked cashews that are blended to form a texture similar to cream cheese. It’s a great paleo, dairy-free, and vegan alternative to dairy.

This cashew cheese recipe has some additional flavors and seasonings added to make it feel even more like cheese! You can barely tell it’s cashew cream cheese. 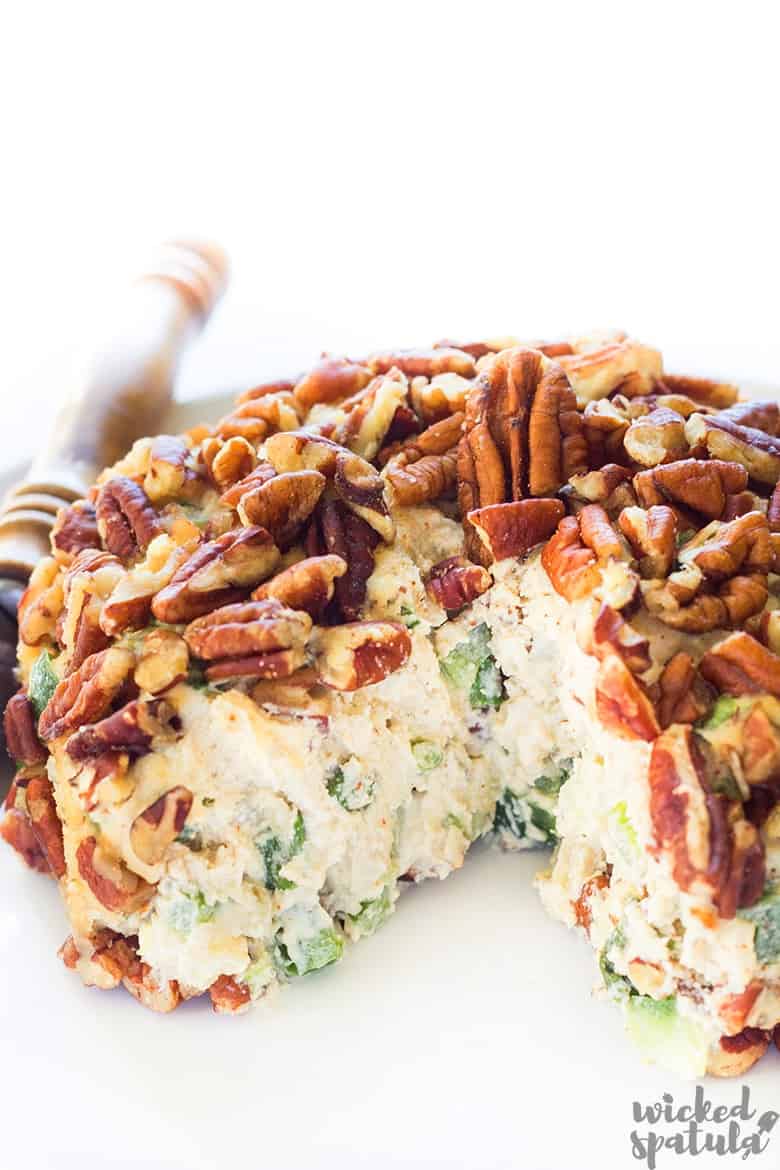 How To Make Cashew Cheese

Making cashew cheese is so easy! It’s literally two steps and you will be ready to use it in all your favorite vegan paleo recipes.

Here is how to make cashew cheese:

TIP: If the cashew mixture seems a little dry, add water a tablespoon at a time, until it’s the texture you want.

How To Make A Vegan Cheese Ball With Cashew Cheese

This Hawaiian cheese ball is surprisingly easy to make!

TIP: Make this pineapple cheese ball recipe a day in advance, as it gets better after a day. The chilling time allows it to set up and you’ll be left with a super creamy texture.

Here’s how to make a vegan cheese ball with cashew cheese: 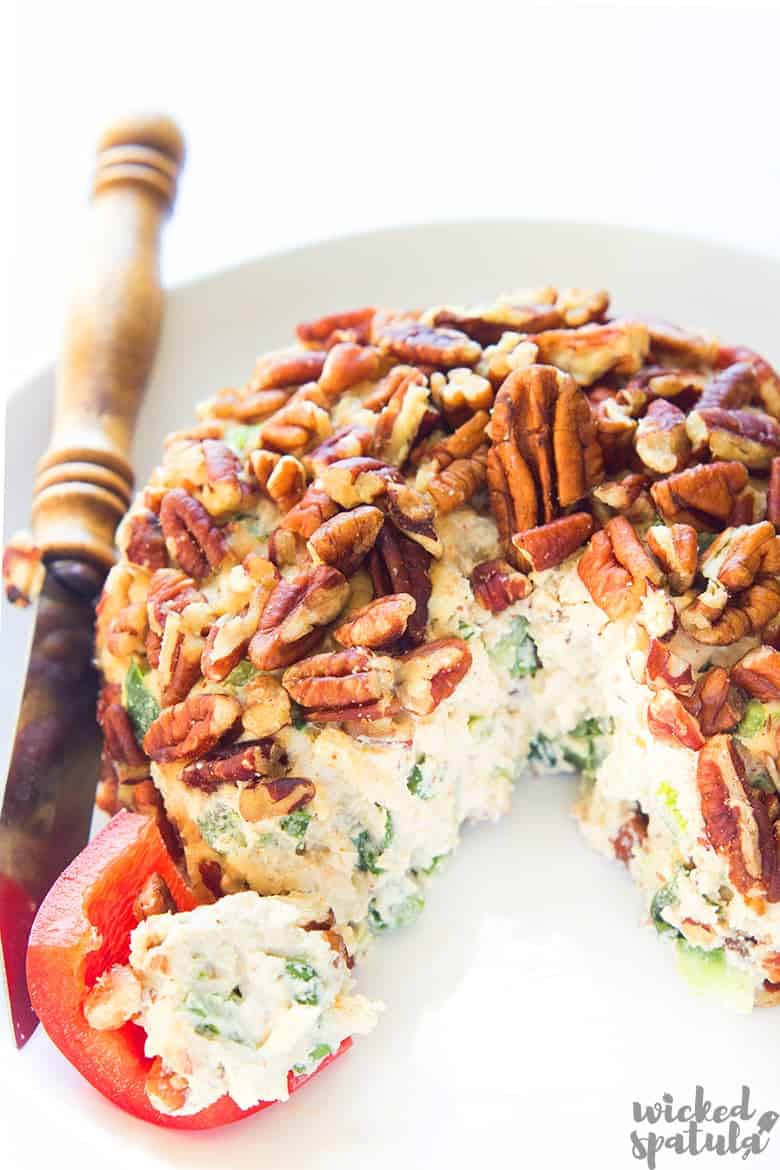 While cashew cheese doesn’t taste exactly like cheese, it does have a flavor similar to cream cheese. That’s why it’s such a hit in vegan and vegetarian recipes. It has a smooth and creamy texture like cream cheese.

How Do You Serve A Cheese Ball?

You have plenty of options for serving a vegan paleo cheese ball! Here are some ideas:

How Many Days In Advance Can I Make A Cheese Ball?

You can make this easy cheese ball recipe up to 4-5 days in advance. Letting it sit in the fridge for a few days actually develops the flavors and helps it firm up.

TIP: If you plan on making it a few days ahead, roll in the nuts right before serving, so that they don’t get soggy. 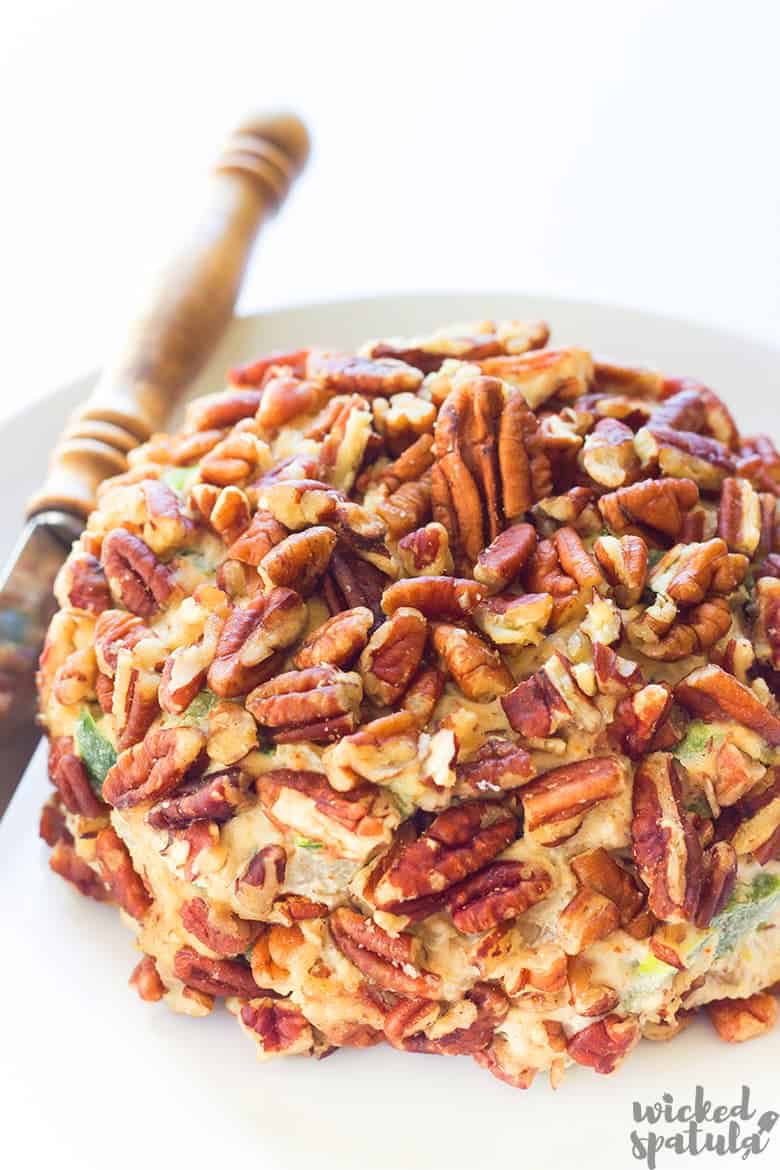 How Do You Store This Vegan Cheese Ball?

Store vegan cashew cheese (whether it’s in cheese ball form or not!) in the refrigerator for up to 5 days. Make sure it’s wrapped tightly and stored in a sealed container.

Can I Freeze This Hawaiian Cheese Ball?

This vegan cashew cheese will last around 1-2 months in the freezer. When you’re ready to serve it, just thaw it in the fridge overnight.

Serve up these paleo appetizers for the ultimate spread:

Hawaiian Vegan Cashew Cheese Ball Recipe:
Pin it to save for later! 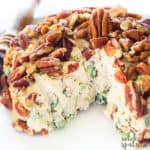 This yummy paleo vegan cheese ball is made with my cashew cream cheese recipe & filled with pineapple, peppers, green onions, and pecans... it's a Hawaiian cheese ball! 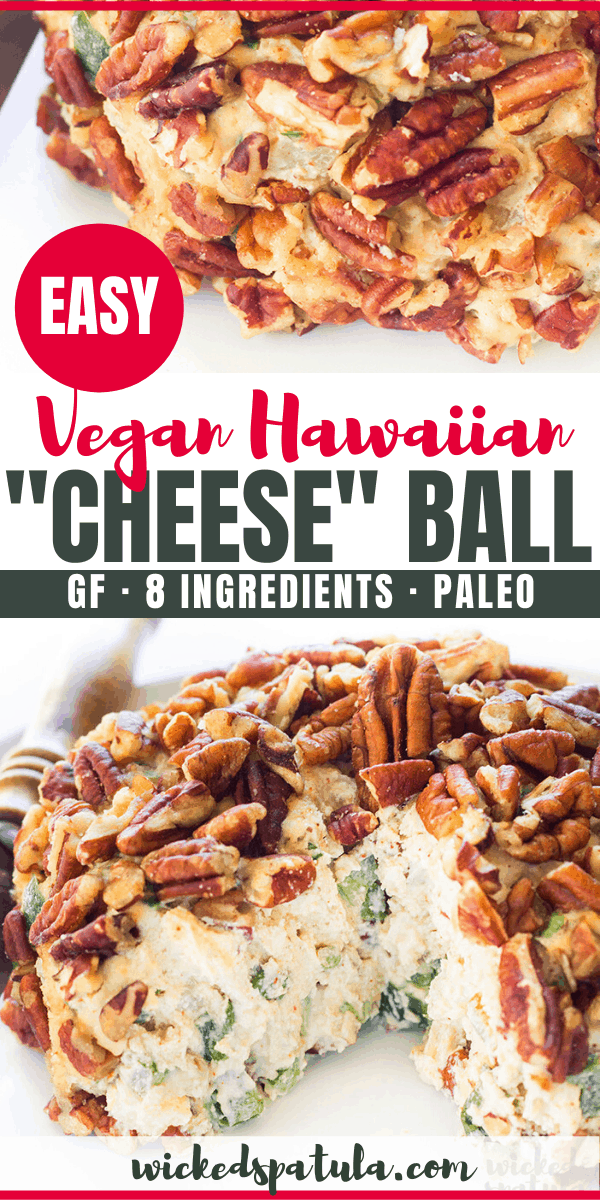