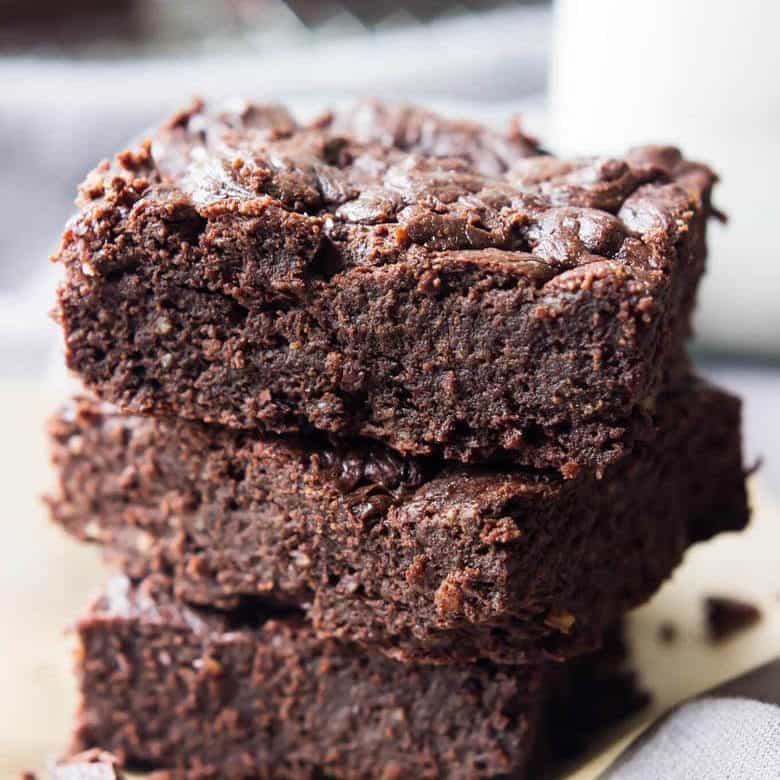 I might be a tad too excited but GUYS. These fudgy chocolate brownies are so decadent, so fudgy, so… just like normal brownies. Really, the texture is spot on, and while I can’t claim that this easy paleo brownie recipe is anywhere near healthy, I can claim that they are 100% delicious and made with allergen free ingredients (except nuts).

These paleo brownies with almond flour are super easy to make, too. One bowl, one brownie pan, and a few minutes of prep are all you need.

How To Make Paleo Brownies

This easy paleo brownie recipe is ready in next to no time. Are you ready?

TIP: At this stage, the brownies will have a layer of oil on the top – but DON’T drain it off! It can look a bit unappetizing, but within a few minutes this will absorb back into your brownies.

Once the brownies cool and the oil reabsorbs into them, this will make them super fudgy! 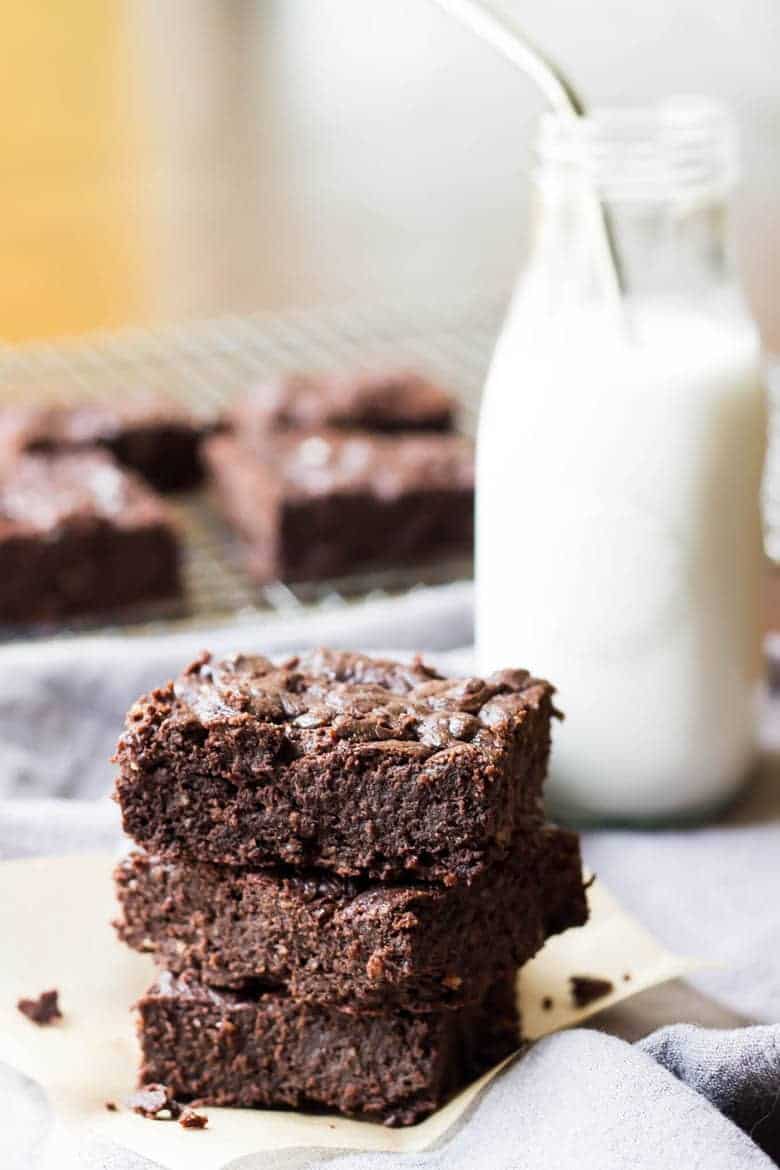 By the way, these same ingredients will work if you want to use a different method, such as these skillet brownies. The ingredients are not paleo friendly, but you can use her technique using paleo ingredients instead.

I guess it is a stretch to be able to call these delicious fudgy paleo brownies with almond flour ‘healthy’. They are still brownies, and they are not sugar-free.

In fact, do be mindful that these paleo chocolate brownies have coconut sugar. It’s natural, and it’s way less carbs than regular brownies, but sugar is still sugar. Meaning, share these treats! Don’t dig into the whole pan with a spoon. 😉

Having said that, they are gluten free, refined sugar free and dairy free. So when you’re craving a sweet fix, this paleo chocolate brownie recipe is better than many.

Do Paleo Brownies With Almond Flour Have The Same Texture As Regular Brownies?

I actually think the texture of these paleo chocolate brownies is better than a regular brownie. The blanched almond flour gives the brownies an incredibly soft, yet dense, texture, which is exactly what we want in brownies.

And, the coconut oil makes the consistency super fudgy. They even have the classic crinkle top. Yum! 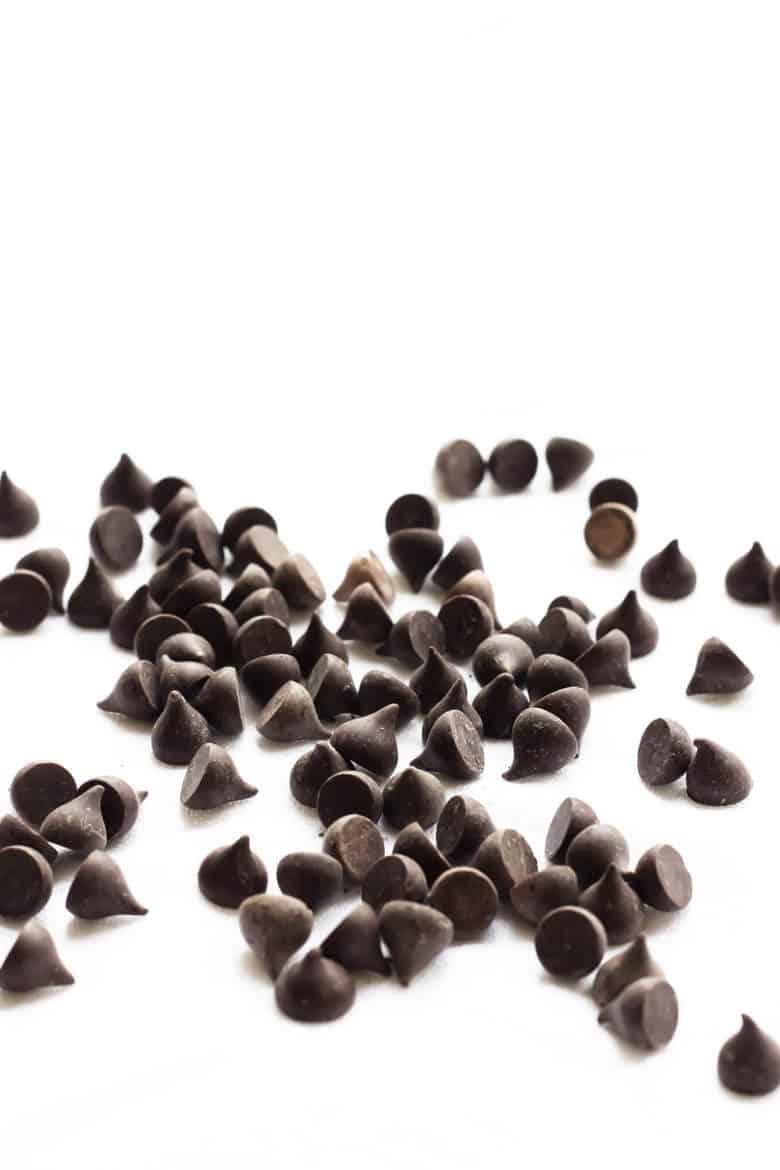 How Do You Get Paleo Brownies to Turn Out Fudgy?

The secret to the incredible fudgy texture of this easy paleo brownie recipe? It’s all that coconut oil, plus actual dark chocolate in addition to cocoa powder.

When you bake the mixture, the coconut oil will rise to the top of the brownies and look pretty greasy. But, don’t panic!

When you remove them from the oven and allow the brownies to cool, the coconut oil will slowly reabsorb, creating a lovely fudge layer in the middle and the top of the brownie will have the crinkly top that we all look for in the perfect chocolate brownie.

These fudgy paleo brownies are so soft in texture that unless you forget about them and totally overbake them, there is no danger whatsoever of getting a dry brownie. Yay!

Can You Make Paleo Chocolate Brownies in Advance?

Yes, you can make this easy paleo brownie recipe ahead. If you can resist the temptation to eat all of these brownies in one sitting, then they keep well for up to a week if stored in an airtight container.

When I make these brownies in advance, they taste great straight from the pantry. I don’t recommend refrigerating them, which can make them dry.

If you want to make these fudgy paleo brownies even more irresistible, simply place them on a baking tray and warm them up gently in a moderate oven before serving. Be careful not to overbake!

You can also tightly wrap these yummy paleo desserts individually and freeze them for 4-6 months. 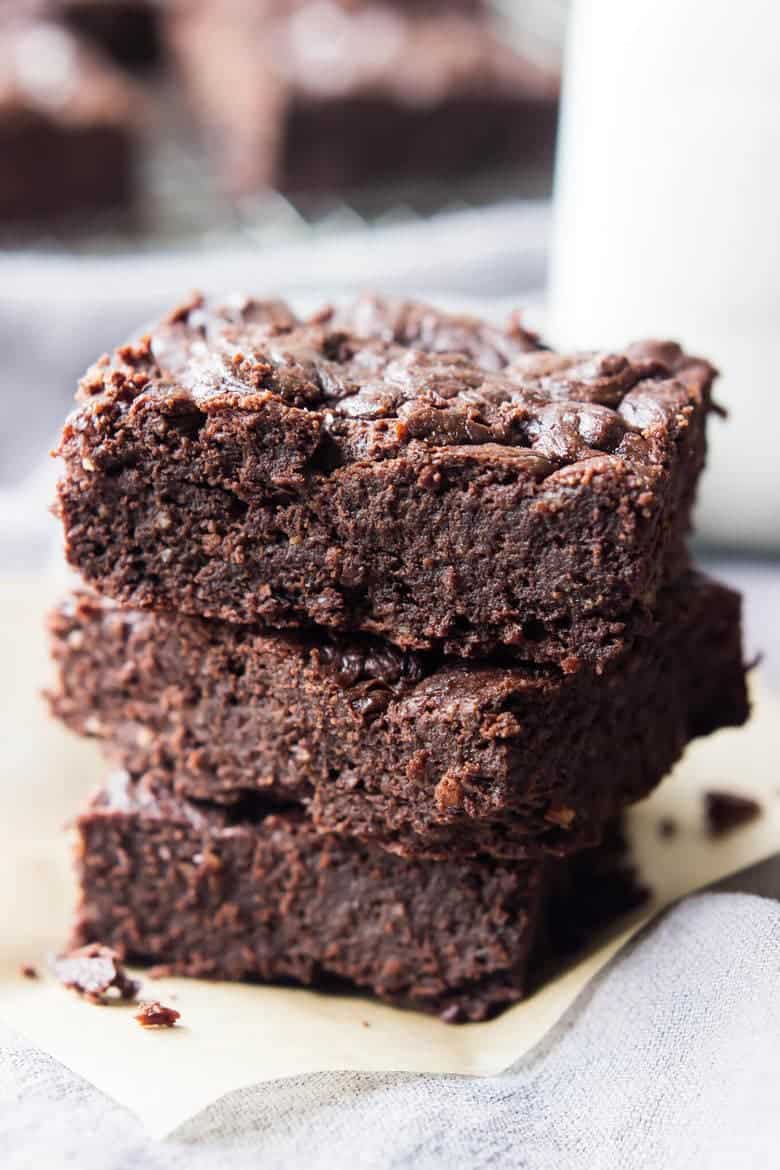 These paleo brownies are perfect served on their own with a hot drink, or as part of a dessert table with other paleo desserts. Here are more ideas:

Oh, and the best way to serve these? That’s obvious. Nothing beats fudgy paleo brownies with a glass of coconut or almond milk! 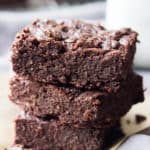 Don't miss the VIDEO above - it's the easiest way to learn how to make Paleo Brownies!