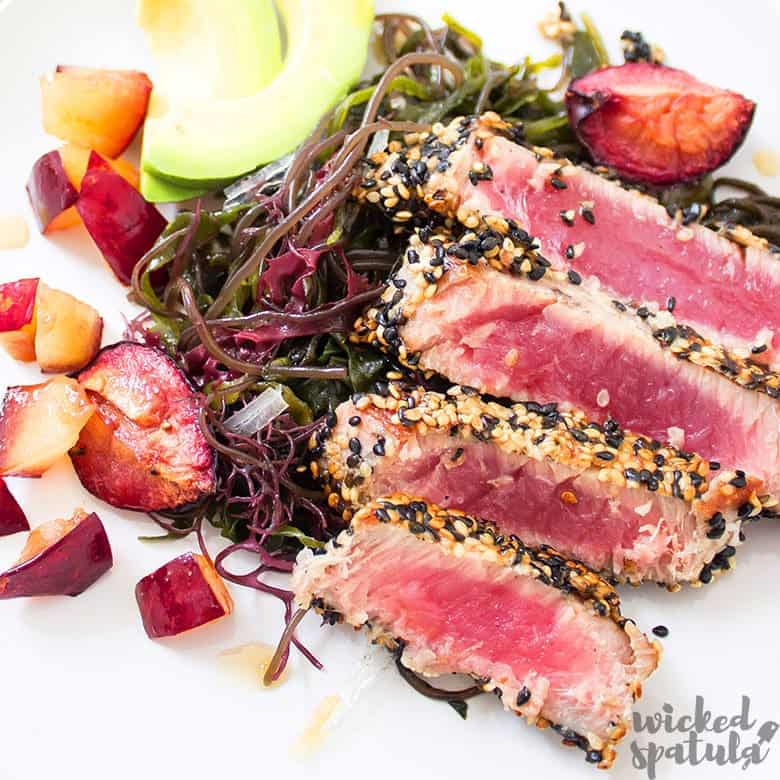 Seared ahi tuna salad may look a little intimidating, but it comes together very quickly making it perfect for entertaining! Just grab a glass of wine, some music, and you’ve got yourself a dinner party! Tuna is one of the easiest fish varieties to work with, and this seared ahi tuna recipe with a wasabi and sesame crust turns out beautifully every time. You’ll love to learn how to cook ahi tuna, too. Ingredients and cooking time are minimal!

The crust of the seared ahi tuna has a nice nuttiness which contrasts well with the clean, fresh taste of the tuna.We are spreading it over the fish so that it adds spice, but also is something for the sesame seeds to adhere to.

Be sure to buy quality tuna though, since the middle is still raw. I buy sashimi-grade tuna that’s still frozen, thaw it under cool running water, and it’s ready to go.

So grab some friends, some crisp white wine, and be transported to the ocean no matter where in the world you’re located today.

What Is Ahi Tuna?

Ahi tuna is tuna that comes from the fish yellowfin tuna, sourced from tropical oceans.

Yellowfin tuna is easier to find in most grocery stores than other tunas. Ahi tuna has more of a texture and feel of a steak.

How To Cook Ahi Tuna

Once I show you how to cook ahi tuna, I think you’ll understand why I love it so much. Cooking ahi tuna doesn’t have to be scary at all, and you will see how easy it really it is.

Take a look at these simple steps for the method I use: 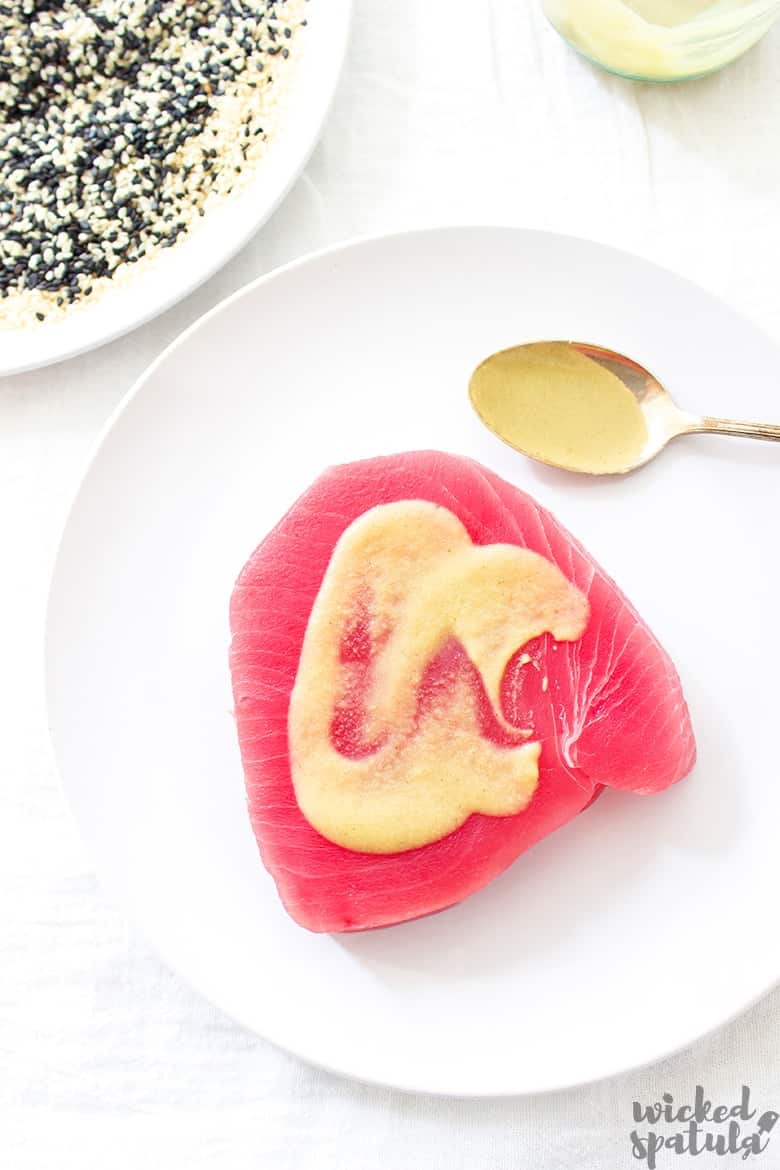 The last thing you need to do? Devour the best ahi tuna recipe you have tried! 😉 Seriously, it’s so good.

Yes, seared ahi is safe to eat raw. If you end up cooking ahi tuna too long, it will end up rubbery and won’t taste as good. It’s intended to eat raw.

As long as you start out with a sushi-grade tuna and you sear the exterior, you can eat it safely. Because this ahi tuna salad does contain mercury (as all tuna does), it’s not a good idea to eat on a daily basis.

This seared ahi tuna salad doesn’t have an overly fishy flavor. One great thing about seared tuna is that it’s a light and subtle fish flavor. So if you aren’t a huge fan of eating fish, you will be pleasantly surprised. 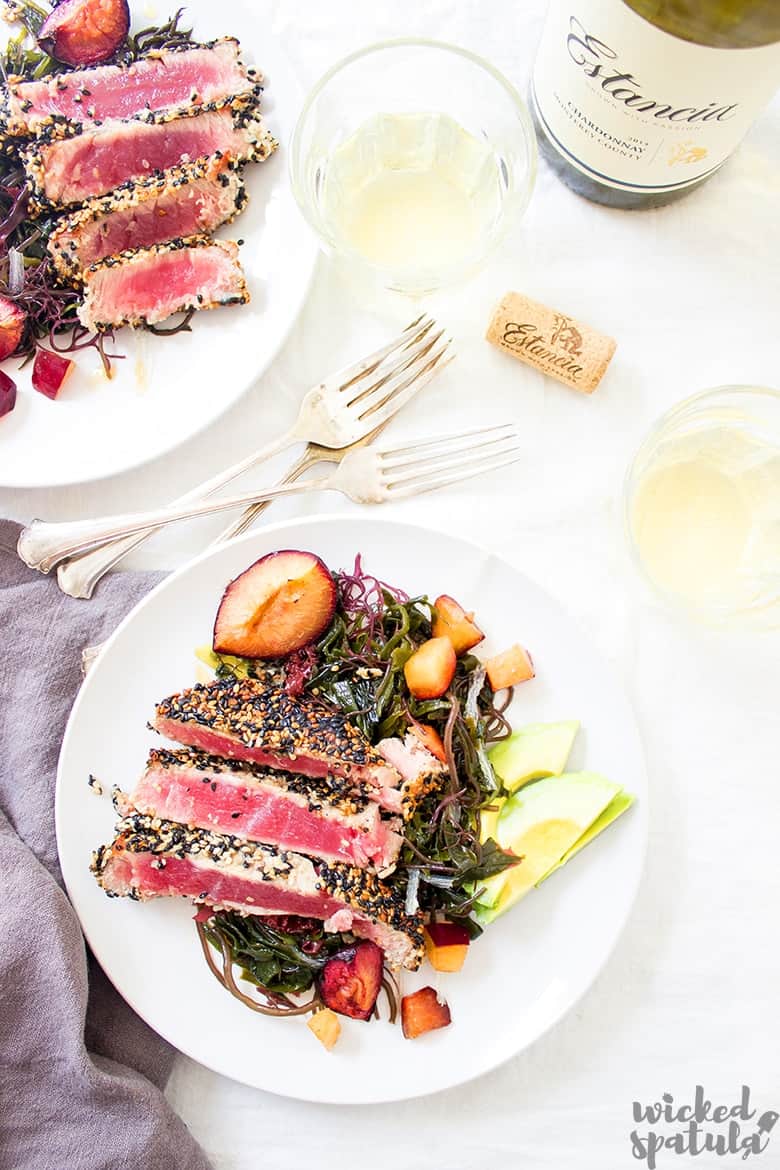 How Do You Store Seared Ahi Tuna Salad?

Always refrigerate any leftovers of this seared ahi tuna salad recipe no more than 1-2 hours after cooking it. Keep the ahi tuna salad in an airtight container in the coldest area of your refrigerator.

The seared ahi tuna salad will last around 2-3 days in the fridge.

Can You Freeze Ahi Tuna?

Yes, you can save the ahi tuna by freezing it. I recommend wrapping each piece of ahi tuna separately in a heavy-duty foil or using a freezer bag. Then, place the pieces in an airtight container. It will last 2-3 months in the freezer.

The easiest way to thaw the tuna is by leaving it in the storage container and run it under cold water until it defrosts. You can make a seared ahi tuna salad with the defrosted tuna once it thaws, but you don’t want to reheat it, because it will get rubbery. 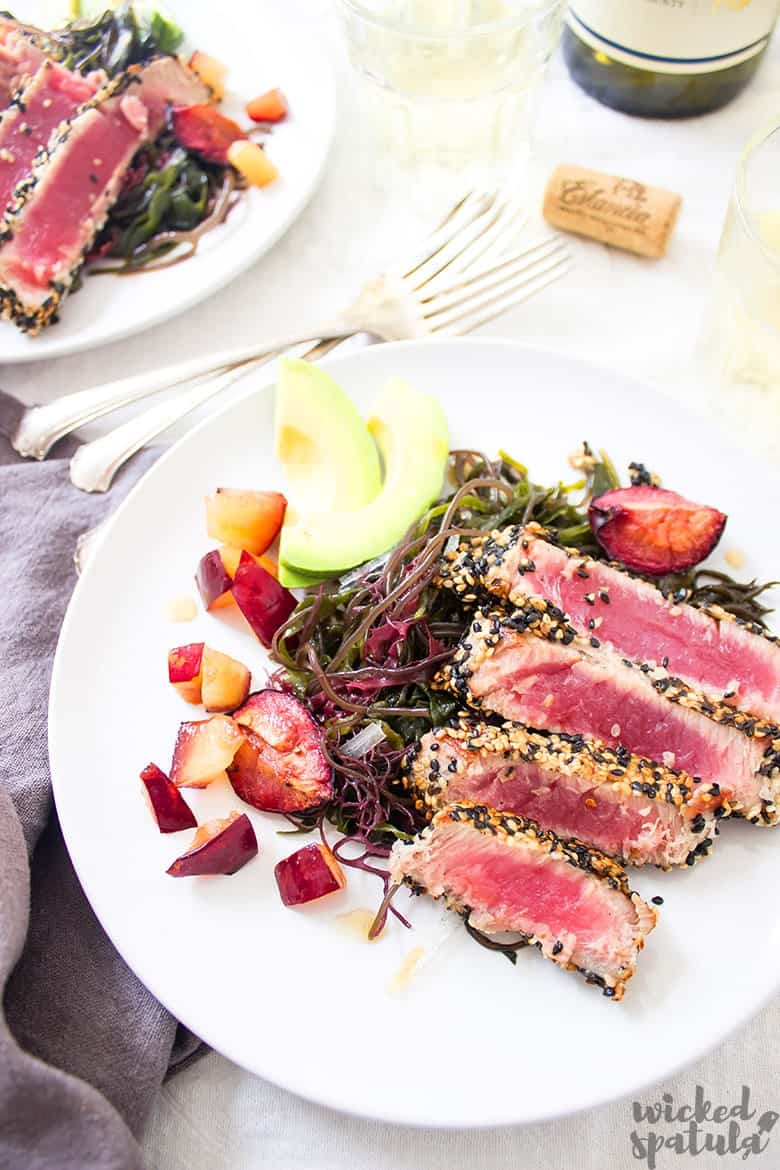 If you love this seared ahi tuna recipe, then you should try some of my other amazing paleo seafood recipes. Here are just a few of my favorites that I think you are going to enjoy.

Easy Seared Ahi Tuna Salad Recipe:
Pin it to save for later! 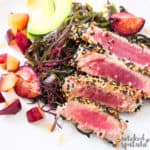 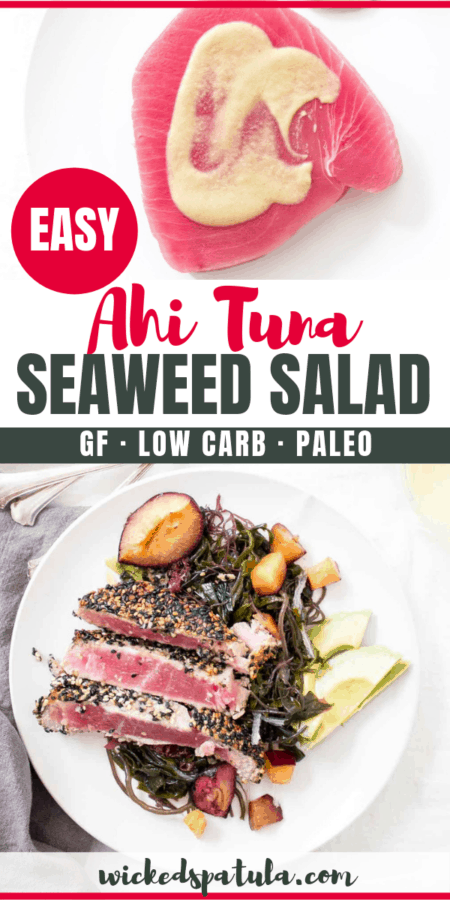